MEET, MARRY, MURDER investigates what happens when a commitment to lifetime love ends up taking someone’s life instead. The chilling series explores the true stories of people who were murdered by their partners.

MEET, MARRY, MURDER features interviews with witnesses, including family, friends, matchmakers and more, to discuss the tragic unions. Episodes focus on cases such as the murder of a woman by her estranged husband, the killing of a husband by his wife in a devastating car chase involving his mistress, and more devastating crimes.

“At Tubi, we are excited to expand our offerings within the true crime genre with the premiere of MEET, MARRY, MURDER,” said Adam Lewinson, Chief Content Officer, Tubi. “Viewers’ fascination with true crime content is ever-growing and we know MEET, MARRY, MURDER will captivate audiences and keep them at the edge of their seats.”

MEET, MARRY, MURDER is from FilmRise and FirstLookTV and is executive-produced by Will Hanrahan, Gillian Carter, Danny Fisher and Max Einhorn.

Tubi has more than 35,000 movies and television series from more than 250 content partners, including every major studio, in addition to the largest live local and national news channels. The platform gives fans of entertainment, news and sports an easy way to discover new content that is available completely free.

FilmRise is a Brooklyn-based film and television studio and operator of the FilmRise Streaming Network, the world’s largest independently owned portfolio of ad-supported streaming apps and FAST channels. Founded in 2012 by veteran producers and financiers Danny Fisher, Jack Fisher and Alan Klingenstein, FilmRise is a recognized market leader and innovator at the forefront of analytics-led curation and distribution. FilmRise Original productions include true crime series BLOODLINE DETECTIVES HOSTED BY NANCY GRACE and MEET, MARRY, MURDER HOSTED BY MICHELLE TRACHTENBERG, conflict resolution show THE MEDIATOR WITH ICE-T as well as the PBS documentary series ICON: MUSIC THROUGH THE LENS.

FirstLookTV is an internationally established television production company creating a broad range of factual content and specialising in Investigative and True Crime content. Its powerful, story-led content, seen in over 70 territories, has produced high ratings across a variety of platforms and won it multiple awards. Its titles include EVIL UP CLOSE, 10 STEPS TO MURDER, NURSES WHO KILL, A KILLER’S MISTAKE AND INSIDE THE MIND OF A SERIAL KILLER.

Headquartered in San Francisco, Tubi (www.tubi.tv), a division of FOX Entertainment, is an ad-supported video on demand (AVOD) service with movies and television shows from nearly every major Hollywood studio. Tubi gives fans of films and television programs an easy way to discover new content that is available completely free. The service is currently available in the U.S., Canada, Australia and Mexico. 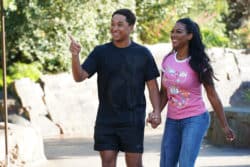