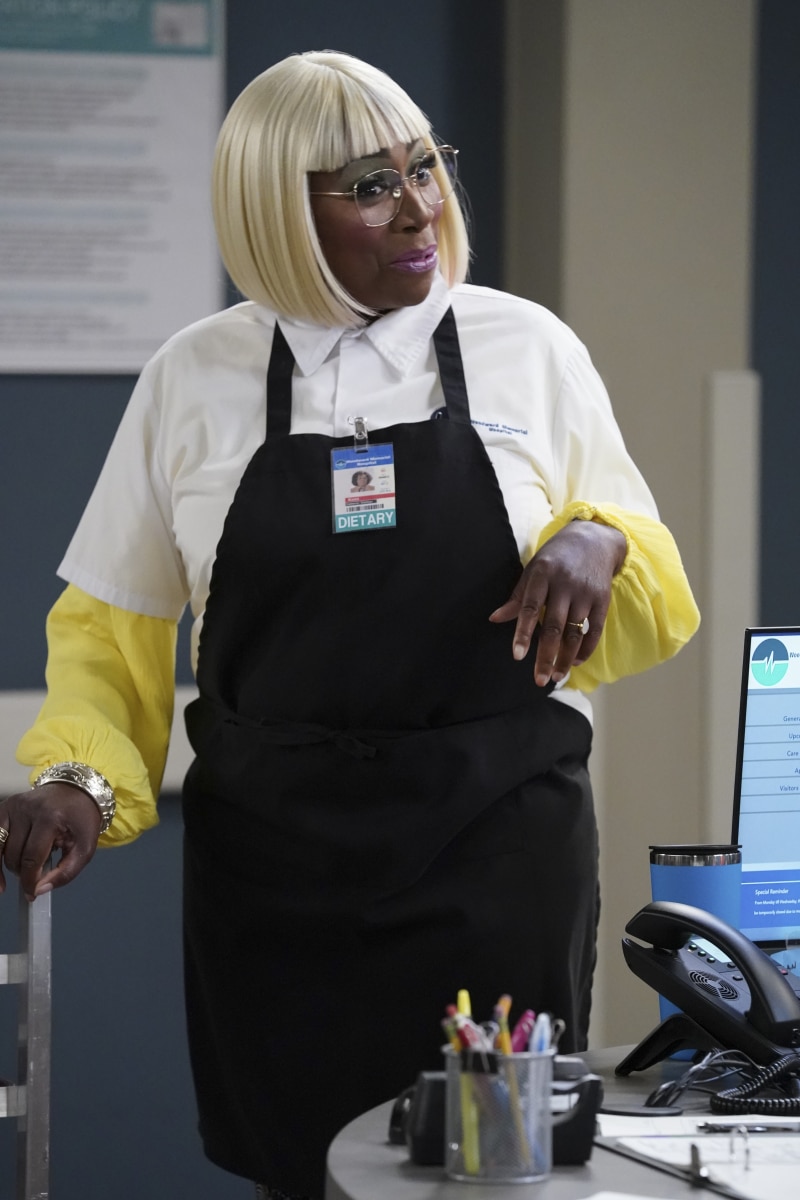 ÒA Tough Old BirdÓ Ð Bob and Abishola try to help a sad and volatile Kemi who, after being dumped by Chukwuemeka, struggles with the possibility that her happiest days might be behind her, on BOB HEARTS ABISHOLA, Monday, April 19 (8:30-9:00 PM, ET/PT) on the CBS Television Network. Pictured (L-R): Gina Yashere as Kemi. Photo: Michael Yarish/©2021 Warner Bros. Entertainment Inc. All Rights Reserved.

The episode opens with Bob (Billy Gardell) at CVS picking up medicine for his mom. He talks to Chuey (Tony Tambi), who informs him that he broke up with Kemi. Bob says he is sorry to hear that, while Chuey is sad he shattered Kemi’s heart. He gets a bit broody and has to be reminded to give Bob his mom’s meds.

Kemi (Gina Yashere), for her part tries to work and convince Abishola (Folake Olowofoyeku) that she is happy and that everything is perfect. However, it is obvious she is destroyed and upset about the breakup.

Later on, Bob and Abishola are at his house, where Christina (Maribeth Monroe) and Dottie (Christine Ebersole) are planning a girls’ weekend. Dottie wants to live it up, but Christina has plans to go to the spa.

Abishola makes sure she has all her PT equipment, but Dottie says her exercise will come from doing slot machines.

Douglas(Matt Jones) wonders if her arm is lucky like a rabbit’s foot, so Christina rubs it, pretending to fix Dottie’s jacket.

As they leave, Dottie tells Bob and Abishola not to do anything she wouldn’t because she does everything. The two of them toast to peace and quiet over a glass of wine. Bob asks if she wants so and she says eventually, since they had a heavy meal.

They cuddle on the couch when Bob brings up Kemi and Chuey’s breakup. Abishola had no idea, so she tried calling Kemi, who does not answer, even when Bob screams into the voicemail that he will give her $200 for if she answers.

The next day, Abishola goes to talk to Kemi, who finally breaks down and says the breakup happened because she was too old.

At church, the breakup is the talk of the congregation. Kemi is even referred to as a vampire. Olu (Shola Adewusi), Tunde (Barry Shabaka Henley) and Ogechi (Kimberly Scott) end up getting into a discussion about Bible study, which leads to Abishola joining in and schooling Ogechi about judgement. When she walks way, Ogechi wonders what went just happened. Tunde triumphantly tells her that it was bible study.

The next day, Gloria (Vernee Watson) asks Abishola what happened with Kemi and her meltdown. Abishola says they shouldn’t gossip, but yes, it was a big fit.

At that moment, Kemi comes by, wearing a blonde wig. She says blondes have more fun and snarks about Abishola has had the same look for years. Gloria, for her part, is being subtly snarky about Kemi’s new look.

When Kemi walks away, the ladies cannot help but laugh…..and worry about Kemi.

That night, Kemi wakes Abishola up, saying she is spying on and breaking into Chuey’s home. Abishola and Bob go to get her before she gets caught and arrested. When they get here, Bob ends up catching her as she falls off the fire escape.

As they drive Kemi home, she finally breaks down, admitting that she is afraid of dying alone. When she finally gets home, she removes her makeup and wig, staring at herself in the mirror. She then calls her son, who is surprised to hear from her and initially thinks someone died. She wants to talk, but he is too busy, so they hang up. She continues to stare at herself in the mirror.

Kemi goes to see Chuey and his mom, saying that she was right and he needs children. Chuey keeps trying to interrupt the conversation, causing the ladies to tell him to shut up. They come to an agreement that Kemi and Chuey can be together and they will find someone to bear his children.

The episode ends with the three of them looking for potential baby mamas. 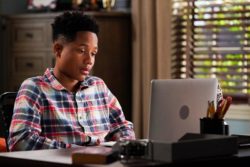