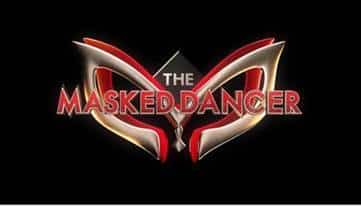 The Masked Dancer Recap for 2/3/21: Excellent and Exotic

Tulip is up first with her dance. Tonight’s clues include a star with iced coffee, peanut butter and jelly, potato chips and her best friend giving said clues. She is no stranger to the stage and has been performing her entire life. The word clue is “lifetime achievements.”

The dance is done to My Boyfriend’s Back by the Chiffons. There is a bed and background dancers and the whole routine is very cute, especially with the pillow smash at the end. Lifetime achievements is throwing me off….maybe Betty White?

Zebra is up next. The clues from his friend include 1993, a $1000 bill, zero fat, good will, two countries and being a fighter. The code word is “author.”

The dance has a bit of a wild feel to it and really shows his humor and overall improvement. He always looks as if he is having a blast on stage and today is no different. For some reason, I think it is Tony Danza, since he also wrote books and I am almost positive was a boxer at some point.

Sloth has been on tour, was a leading man, speaks three languages and loves to look in the mirror. The word clue is rose.

His dance is the best of the night so far. I love his energy and incredible dance moves, especially since he is taking on Bollywood tonight. My guess is Maks Chmerkovskiy or Tony Dovolani from Dancing With The Stars.

The Exotic Bird clues include hearts, Santa and being unstoppable. The code word is circus.

Her dance is done to Opposites Attract by Paula Abdul. Her dancing is sharp and on point, with a lot of humor thrown in for great measure. She has to be my favorite of the night, even though she just made the competition that much tougher. However, I cannot even begin to guess who she could be.

Cotton candy’s clues include running, a gold watch, falling and getting back up and dedication. Her code word is prayer.

Her dance is a ballet routine with beautiful lines and musicality. My guess is that is is a gymnast, possibly Gabby Douglas.

The dancer that is eliminated tonight is….EXOTIC BIRD.

The final clues include that she is taller than Ken, performing in front of large crowds, being on a magazine cover, being an award winner and knowing Paula.

EXOTIC BIRD is none other than JORDIN SPARKS!!