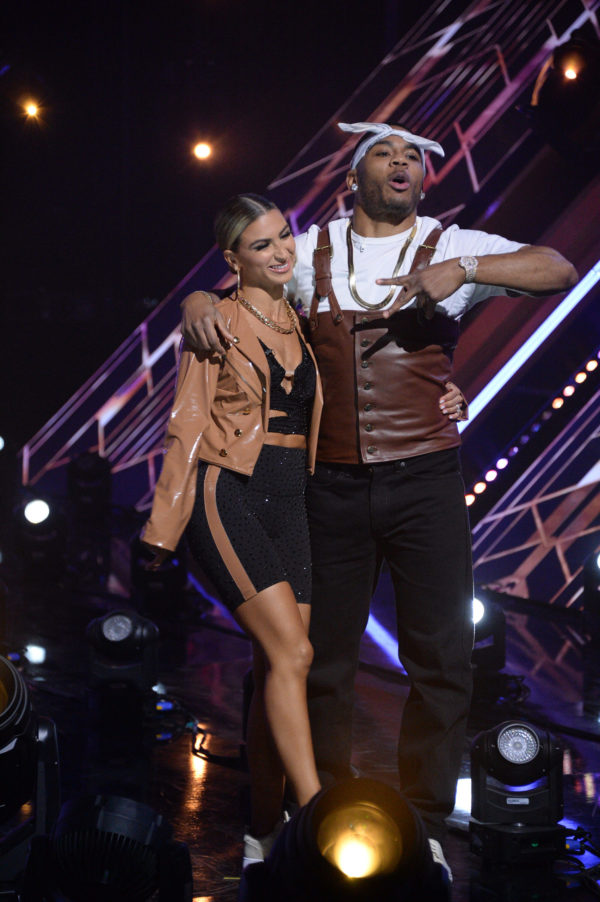 Tonight is Icons night on ABC’s Dancing With The Stars. Everyone will dance to their favorite musical icon and then do another dance-off later on in the evening. At the end of the night, one couple will go home just shy of the semi-finals.

Claim to Fame: One Day At A Time Star

Song/Icon: Crazy for You by Madonna

Sammi: This song has to be one of my favorites and I have been waiting for someone to dance to it. I also really love Justina’s outfit. While the dance is not overly sexual, it is sensual and hits all the technique in a proper rumba.

Derek: IT was well done, but he wanted to feel more engaged.

Bruno: He liked the gentle side of Madonna, but offers advice on where to fix the lines and push further.

Carrie Ann: She enjoyed it, but wants more energy.

Sammi: The dance looks more clubby than jazzy, but he looks like he is having a blast. I like the time and pause moments of the dance and I legit felt like I was transported back to the nineties.

Bruno: He missed a couple of steps but he enjoyed it.

Carrie Ann: It was entertaining and fun. She also loves his journey.

Derek: He loved the elements and joy in the dance.

Sammi: He looks like Prince Charming. It is not his strongest dance, but he seemed to be putting a lot of effort into it. He also seemed to be enjoying the dance, which is just as important.

Carrie Ann: She points out mistakes and gives pointers on where to improve.

Derek: He also offers advice on where to improve.

Bruno: He channeled Freddie, but also offers places to improve.

Sammi: It was cute. I would have never picked this song for this dance, but they were able to make it work, not only with the technique, but the artistry.

Derek: He loved it!

Bruno: Now we are in business, especially with the images.

Sammi: He is such an inspiration for overcoming a dark time in his career and making a comeback. He really made a lot of good points about dealing with pressure in the limelight. As for the dance, it was his best of the season. Everything from the technique to the costume to the story telling was incredible.

Bruno: It WAS EXCELLENT.

Carrie Ann: It was amazing and he used the whole floor.

Derek: He loved it!

Icon/Song: If by Janet Jackson

Sammi: She is wise beyond her years in terms of her activism. Her dancing is improving every single week and I think Janet would be so proud of her. She really made a comeback this week and I am proud of her as well.

Carrie Ann: She was fierce and amazing.

Derek: He gives her some pointers, but thinks it was a job well done.

Bruno: She looked grown up.

Icon/Song: Saturday Night Is Alright for Fighting by Elton John

Sammi: They are adorable. The flicks and kicks are spot on and he really proved that he is in this to win this. Everything about him….the work ethic, the technique, the spirit is nearly perfect.

Derek: He offers places to be stronger, but good job.

Bruno: It was fantastic and Broadway esque.

Carrie Ann: She enjoyed it as well.

Dance off time! Nev and Jenna are immune due to the highest scores, but get two extra points. They are NOT immune to elimination though.

Round 1: Cha cha cha to Telephone by Lady Gaga. It is Kaitlyn and Artem vs. Justina and Sasha. It was amazing to watch and hard to decide which one was better because this is a strong dance for both pairs. The judges all love it, but decide to give the two points to Justina and Sasha.

Round 2: Salsa to The Cup of Life by Ricky Martin. It is Skai and Alan vs. Nelly and Daniella. Even though I am enjoying Nelly shirtless, Skai definitely won this round. The judges love them both, but Skai wins the two points.

Round 3: Jive to Wake Me Up Before You Go Go by Wham! It is AJ and Cheryl vs. Johnny and Britt. Both couples do a solid dance and I honestly have to say it is too close to call at this point. The judges are impressed with them both, but in the end, the two points go to AJ.

Results! Kaitlyn and Artem, Skai and Alan, Nev and Jenna, Justina and Sasha and Nelly and Daniella are in the semi finals.

Johnny and Britt and AJ and Cheryl are in the bottom two.

AJ and Cheryl are eliminated.