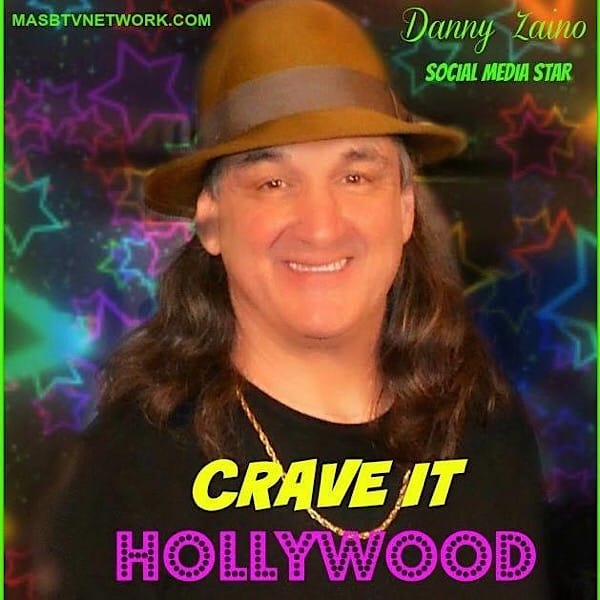 Tell me about yourself, and your career.

I am a disabled veteran and I support PTSD Programs for other veterans and their families. I was deployed to Korea to the DMZ to protect the United States espionage.

I’m an Italian, from Long Island, New York. My parents were from Brooklyn and Harlem – rough neighborhood. I love to cook because cooking is love.

What projects are you currently working on?

We are currently working on the making of a 7-show series called
“Hard Core Cooking w/ Danny Zaino”, stars me along with many talented stunt professionals, comedians, models, performers, and a hand-picked audience. We have completed the first episode thus far, and we’re very excited for what’s upcoming. Other than the show, we have Dennis Brown’s U.S. Capitol Classics/China Open, where we will be interviewing the grandmasters and guests. In September, we will be in California for “Cooking In With Joycelyne” where we will be also collaborating with HCC. Next, we’re going to the Grauman’sTheatre with Williamson Management for the premier of several new films. We will be filming for ‘The Road to Hollywood’ MASBTV 7-show news season on the MASBTV Network. Finally before we split we will visit our existing talent and clients on the West coast.

What specifically attracted you to them?

I founded the show myself based on the fact that I truly am your typical America- Italian family-first provider. I worked in my father’s pizzeria, opened and closed it. I had a tremendous amount of responsibility at a young age and it taught me the value of food and providing entertainment in the restaurant business.

What do you hope that your fans will like about it?

I hope to bring people laughter and excitement, and most cleverly, something original. The show in itself provides a standard well-over the norm of a ‘spicy’ cooking show, and I also hope to make people happy with the show, especially my family and friends. I look forward to having a ton more fun in the complete production of this new series and I pride myself on facebook with my fans, always trying to teach something about old Hollywood and good music; good lively talent, only the best.

What are some of the most memorable moments from your career?

It goes without saying that the best memories about my career in the entertainment and motion picture industry is working alongside my wife every day in the process, as well of course as the past experiences where my children were actually performers and stunt professionals themselves in our very own martial arts tournaments, which were also hosted by us. Kim Kahana’s stunt ranch was working with MTV and Google. Also the Travel Channel. The stunt school is a very serious place to learn so much about discipline and performing. Not for everybody.

What were the biggest challenge(s) of your career?

Breaking in to the business definitely – took me about thirty years. We did live shows for 10 years with my national team Pepsi show team. It was modeled after Ernie Reyes. I would imagine the hardest challenges as an actor and performer have been memorizing some the live-audience scripts. I’m a better ad libber, and at my age, I want to work with a fun crew.

What is your “dream role”?

My dream role? Wow. You know at fifty-nine years old I really feel like I’m playing out my dream role today, with my cooking show and the production company. I get to have stuntmen involved. And comedians. Method-actors. So, actually not many people can say that. My wife and I are going to Hollywood, CA in a couple of weeks. Life is Good.

Who are some people that you would like to work with?

It would be an absolute honor to work with Robert De Niro, Johnny Depp, and Joe Pesci. Sylvester Stallone. A lot of Italian-mob stars. I enjoy comedy and being a “heavy”. There are not many individuals that can actually go on film as martial artists and look like they’re supposed to be there. It’s extremely hard and you have to train immensely.

Tell us a fun-fact about you that would surprise some of your fans?

I would like to share with you that I love fashion! I mean I just totally love fashion. And I’m intrigued with fashion shows and how they’re filmed. Especially the ongoing Victoria Secret shows.

I’m also a celebrity judge, along with my wife at The Barbizon modeling competition annually held in Florida. Fashion, Entertainment, and old Hollywood. Those are things I love.

Is there anything on television that has recently caught your attention?

I would say that lately, I’ve been studying the art of filming ‘Westerns’. I love John Wayne; I love all the old cowboys. You know, Charles Bronson. It all connects with my experience at the infamous Kahana stunt ranch. I’d like to add that I enjoy a nice of glass of Chianti watching the Westerns.

Yes. I feel in my heart that anybody that’s trying to make it in the industry – I’d like to help them move forward. Many people in the industry are very egotistically-jealous if people land a role or a big film. The business that I conduct – I always congratulate people and go with the positives. Just like Johnny Carson said. I just concentrate on entertainment only, and that’s what I do. I don’t get involved in the drastic change in the political development of this country. I only want to make people laugh and enjoy a wealth of love and friendship. It doesn’t mean I’m not patriotic; I served my country and I love America.

More info about Danny and his shows at: