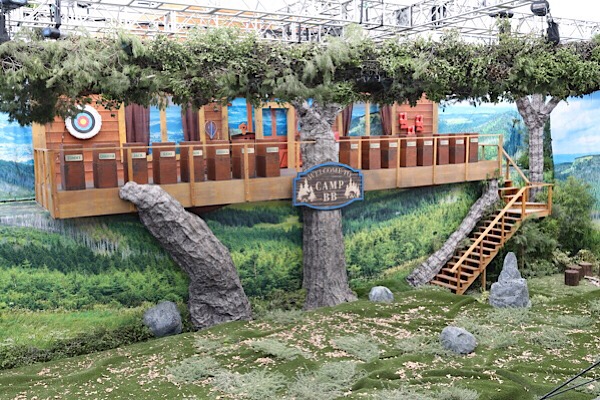 Tonight is night two of CBS’s Big Brother 21 premiere. After a quick recap of last night, we get down to business.

Everyone is of course campaigning for Jackson to keep them. Jackson, Jack and Isabella seem to already have an alliance, which makes Isabella happy. They seem to want David there as a pawn because they think he will be guaranteed to come back. However, David isn’t too keen on that idea.

There is a squirrel that scares Tommy and hauls Cliff out of the house. This is apparently how they are doing the banishment. Kemi is banished next, followed by Jessica and David.

In order to stay in the house is to do an obstacle course in the dark. The last one to finish is banished.

In a shocking turn of events, Cliff finishes quickly and is the first one back into the house. It is shocking because it was unexpected by everyone. I love his spirit and am so glad.

Kemi is next….with a vengeance. She plans to kill Jackson with kindness and then stab him in the back.

Jessica is next, which means David is done. He is very unhappy, but Julie’s ‘for now’ comment makes me wonder if there is another twist.

Jackson is now worried that Jessica is coming for him. The guys discuss what girls they want to work with and begin to form an alliance. Christie is thrilled because the alliance seems to have fallen into her lap, as is Isabella.

Now it is time for the first HOH competition. Jackson chooses pairs, but they will all be competing individually. It is one of those competitions where they have to hold on as long as possible while being in the air. The last one standing wins. They get things tossed and sprayed on them, making it all the more challenging.

Analyse, Holly and Tommy fall next, giving Christie the win and first HOH.