— The Investigation into the “Killer Clown” is Reopened on Sunday, December 9th at 10/9c —

(Silver Spring, Md.) – Depraved serial killer John Wayne Gacy hunted in the streets of Chicago in the 1970s, luring 33 young men to a violent death. Gacy’s insatiable urge to kill eventually became his undoing in 1978, and dental records were able to identify 25 of his victims. But when Gacy was put to death by lethal injection in 1994, the identities of the eight remaining victims died with him. Now, 40 years after Gacy terrorized the streets of Chicago, Investigation Discovery is re-opening the case in an attempt to finally uncover the identities of eight remaining victims. This limited series follows Detective Sergeant Jason Moran, a one-man cold case unit in Cook County, Illinois who seeks the help of new DNA technology to finally give families closure. The three-part limited series DEADLY LEGACY premieres Sundays at 10/9c beginning on December 9 on Investigation Discovery, the #1 network for true-crime and mystery programming.

“John Wayne Gacy is one of America’s most notorious serial killers and while his name lives on, we often forget about the victims he left behind. Indeed, it’s even more jarring to realize that there are still eight unnamed victims,” said Henry Schleiff, Group President of Investigation Discovery, Travel Channel, American Heroes Channel, and Destination America. “Through the dogged determination and inspiring intrepidness of Detective Sergeant Moran, Investigation Discovery will deliver answers to multiple families in this intense, riveting, and long overdue investigation.”

While many have considered John Wayne Gacy’s terrifying reign of terror closed, the case was re-energized in 2011 when the Cook County Police Department decided to reopen the case in hopes that new DNA technology would lead to identifications of the remaining eight victims. Each episode of DEADLY LEGACYfollows Detective Sergeant Jason Moran as he begins the painstaking task of reviewing a missing person’s case in an effort to see what became of them. Over the three hours, Moran takes viewers through his investigation as he receives thousands of tips, scours through evidence, and narrows in on three missing persons, interviewing their family, friends, and original investigators, ultimately solving each case. 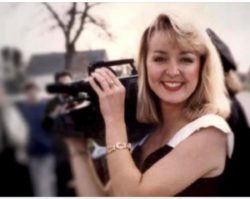