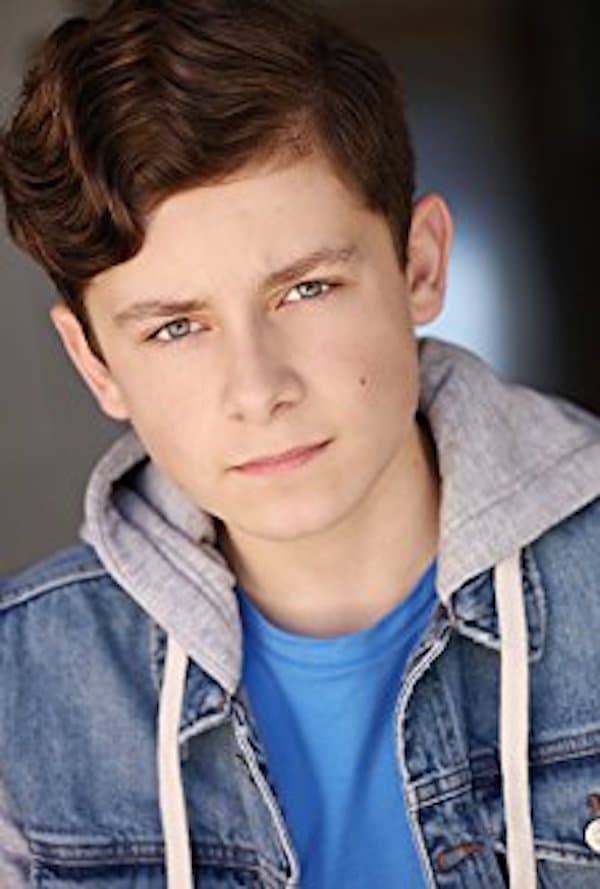 Kyan Zielinski may only be thirteen years old, but he is wise and mature beyond his years. He can currently be seen in Dangerous Book For Boys, a new series that can be seen on Amazon Prime.

TVGrapevine recently talked to this rising star in an exclusive interview. Below are some of the highlights from our chat.

1. Kyan describes the show as a mix of fantasy, comedy and drama. It takes three brothers on adventures that are based on a book written by their late father before he died. It also shows how each brother connects to the book and deals with loss of their father.

The youngest brother Wyatt is the one who connects with the book the most, while Liam (played by Kyan) has a different take on the book and dealing with his father’s death.

2. His character Liam is the oldest brother in the family. He is the one who takes his father’s death the hardest because he’s known him the longest. He takes over the patriarch role in the sense that he is there for his brothers and helps them out in any way he can.

In addition, Liam is a very intelligent young man, especially when it comes to math and science. This is something Kyan can relate to in real life, since those are his strongest subjects as well.

3. In addition to working on the show, Kyan has two new movies coming out in 2019. They are called Small Things and They Reach. While not much can be said about the movies at this point (some things need to be a surprise, after all!) I can promise you that you will see an incredible side of his talent and be very impressed with his acting chops.

4. He also loves to film and even has his own YouTube show called Kyan Zielinski Vlogs. He loves doing the show so he can document his growing up years, as well as continue his love for working in front of the camera.

His main ambition is to use these videos to show his future children so they can see how he has grown up and the things he did as a child. He wants to write, direct and do everything in between. Whatever he does though, I know he will end up succeeding!