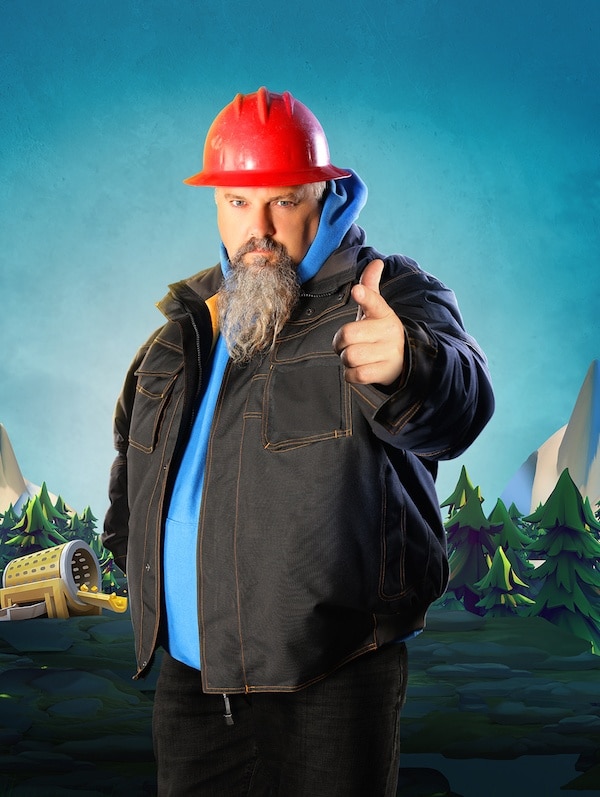 FOR IMMEDIATE RELEASE: PORTLAND – June 25, 2018: Oregon based Truly Social Games is stoked to partner up with the recent star of TV’s Gold Rush, Todd Hoffman, to offer a once-in-a-lifetime opportunity for players of their mobile game PLANET GOLD RUSH. Somehow they talked Todd into giving away thousands of dollars worth of his own gold to players through daily tournaments in the free-to-play mobile game.

“I’m giving away my gold that I dug out of the ground as prizes every week,” said Todd. “It’s a way to reach out, get some gold into people’s hands and meet the fans – and yes, anyone can win my gold!”

Truly Social Games will be giving away two ounces of Todd Hoffman’s gold each week for a limited time (approximate current market value 2oz gold = $2,551). Every day, players can compete in a daily tournament for a chance to win one eighth of an ounce of gold, with two chances to win on Sundays. Players can enter the daily tournament as many times as they like, and the player with the highest score at the end of each day will win real gold! At the end of each week, the best overall player will win an additional ounce of gold. The Todd Hoffman Challenge goes live in PLANET GOLD RUSH on July 9.

“We partnered with Todd because he is probably the most famous gold miner on the planet and he’s got a lot of gold. So we thought we’d take some of it off his hands and give it to all of you,” said Cooper DuBois, Founder and CEO of Truly Social Games. “It’s a visceral thing. You get gold in your hand and it’s heavy, people start rolling it around and looking at it, it’s quite the experience – plus it’s exactly what our game is all about.”

PLANET GOLD RUSH offers the perfect combination of city building and gold mining. Players can build the ultimate gold mining operation, explore the land for valuable resources, and compete in a variety of fun and challenging mini-games, from downhill racing to competitive gold-washing.

Winners of The Todd Hoffman Challenge will also receive a PLANET GOLD RUSH Limited Edition Prize Pack, be featured on the website, and get some epic bragging rights. So download and get mining for your chance to Win Todd’s Real Frickin’ Gold!

Truly Social Games was created in 2015 by longtime friends and gaming industry veterans Cooper DuBois (co-founder of DoubleDown Interactive) and Patrick Tougas(Lead Designer at Ubisoft and Design Director at Capcom Game Studio Vancouver). Who we are at Truly Social Games is really in our name. We aim to create engaging mobile games with an eye towards truly social interactions among both players and creators, around the world. We take pride in engaging with our players and allowing them to lend a hand in shaping the way our games are created. We like to say that we’re not a start-up company, but more so a continuation!

Our flagship mobile gold-mining game, Planet Gold Rush, was launched in September 2017.Planet Gold Rush is a mid-core simulation and resource management game based on mining and adventure, where players spend time driving, surveying, excavating, panning, loading, and camp-building to produce and collect refined gold bars. Planet Gold Rush has gained global recognition and has 4+ star ratings in both the App Store and Google Play Store.

We employ a small but mighty team of employees spread across studios in Portland, Oregon (HQ), and Minsk, Belarus.